The failed promise of turning webpages into a podcast

How many times have you found an interesting article on the web but you have no time to read it? This happens to me every day and despite the variety of save-for-later reading tools out there they all tend to fade into the background and I forget to go back and read what I've saved for later.

When I saw this article on Springwise I immediately took a closer look at the solution it described. The article talks about how a "web browser extension transforms saved articles into podcasts." It turns out this extension is like many others; it simply does a text-to-speech conversion and creates an MP3 file. IOW, there's no connection to a podcast stream. So although the conversion produces impressive human-sounding results (click here to listen to my previous article), it falls short of the promise of transforming anything into a podcast stream.

This seems like a potentially enormous opportunity and gap for someone to fill. Imagine a one-click solution that truly gathers all your saved articles into a stream for your favorite podcast platform. What if that system eventually became so popular that audio ads could be injected dynamically, creating an income source? OK, yes, there would be a number of IP rights issues to potentially overcome but I could also see a model where that revenue stream is shared with the IP owner, alleviating that legal issue. Another interesting feature would be where I could follow others and listen to the articles they curated in their feed; as we've seen with other platforms, those with the biggest following also earn some sort of affiliate income. There are loads of possibilities here and it's all about transforming the written word into audio for broader consumption.

If something like this already exists please let me know. I'd use it every single day and I'm sure there are millions of others out there who would do the same. It's also one of those rare problems where I'd gladly pay a reasonable price to solve.

Where are all the must-have Alexa skills?

Is it me or is Amazon's Alexa loaded with nothing but gimmicky skills? I like audio news streams as much as the next guy but where are all the amazing skills this platform should be offering by now? I wrote earlier about a use-case publishers and content consumers could get excited about but the capabilities I outlined then are still nowhere to be found.

My various Alexa devices are great at streaming music. The Echo Show I got for Christmas sits on my nightstand and randomly shows photos from my collection. It's a rather pricey, over-engineered picture viewer and alarm clock though. A few months ago I bought an in-car Alexa device but soon realized it doesn't add much value beyond what I already get from my phone's podcast app paired via Bluetooth.

Speaking of phones, the Alexa platform seems to be where the app stores were in the early days of both the iPhone and Android devices. Come to think of it, it's still pretty hard to find new, useful apps amidst all the clutter. If you're like most people, you have dozens of apps on your phone but you probably only use a few of them on any given day. At this point in the life of Alexa I thought we'd see at least one or two can't-live-without-it skills but I can't think of a single one.

I'm still extremely bullish on voice UIs and I believe the future is bright for publishers who are willing to transform their content for delivery on them. That process becomes a lot easier as the text-to-speech services continue improving, btw, and I recommend we continue experimenting with skills and capabilities.

I'm guilty of adding to the clutter as I'm working on a skill for an audio version of my website. Amazon makes it sounds simple enough but I ran into a snag about 10 minutes into the process. I've run out of time today but I'm going to see if I can troubleshoot and take my skill live soon. I encourage you to do the same; even if your new Alexa skill isn't a game-changer, it's important to immerse yourself in the process and stay on top of this important platform. 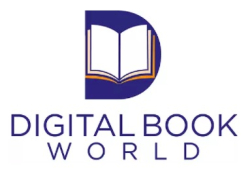