Amazon's Whole Foods acquisition is about so much more than groceries 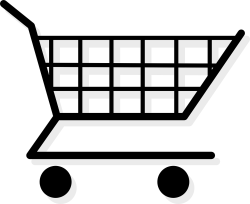 Yes, the grocery business is huge. And while it's one of several industries Amazon hasn't yet dominated, there's something way more significant about their acquisition of Whole Foods.

This deal is about location, location, location. No, it's not just about having Amazon groceries in physical locations. This is about creating a more efficient gateway between consumers and Prime, ultimately driving more sales of all Prime-eligible products, not just groceries.

The efficiencies result from Amazon delivering products to Whole Foods, not your doorstep. If you like free two-day delivery today, how do you feel about free same-day pick-up of all those same products tomorrow? Amazon is already heading towards that model today, but it becomes much more economical for them to do so when the local Whole Foods replaces your home as the delivery location. Rather than having to manage all those individual packages going to all those different destinations, yours and all your neighbors' products make one simple trip from Amazon's local DC to your nearby Whole Foods.

Your 8AM order of two books, a bag of birdseed, running shoes from Zappos and a cordless drill is ready for pickup at Whole Foods by 3PM that same day, a convenient stop on your commute home. Oh, and because Amazon knows you're stopping by Whole Foods around 5:30 that evening, they'll gladly tell you about all the great dinner options you could whip up by adding on to your 8AM order.

An added bonus is you no longer have to worry about that Amazon box being stolen off your front porch. You can still get two-day free delivery to your home, but you'll often prefer the shorter delivery window, and package safeguarding, available via the Whole Foods option.

I, on the other hand, will have to wait a bit for this added benefit. Even though my hometown is about to open a new Ikea and a community eyesore, better known as Topgolf, Whole Foods still hasn't made it to Fishers, Indiana.

Yeah, if you want to reach arugula-nibbling class that minces down to Whole Foods in their tax-subsidized hybrid that still have a "Stand with Bernie" sticker, that's fine. But quite a few people will toss up their most recent meal when they see WF's prices.

And WF is hardly ubiquitous. The closest one to me is an hour's drive each way and that's only if the traffic is good. In contrast, I can walk to Krogers and and there are two full-sized (and one small) Walmarts within a 10 minute drive of my home. On my latest visit to Krogers, milk was $1.99 a gallon. An Internet search tells me I'm likely to pay almost twice as much, $3.49 at WF, something it dares to call an "everyday value." Everyday ripoff would be more apt.

This WF purchase illustrates one of Amazon's weaknesses. It has no sense of limits. It expands into areas that would be better left to others. Publishing is one example. Package delivery is another. Retail foods are yet another.
----
Another of Amazon's more serious weakness is its obsession with control. You see that in its recent patent on a scheme to keep Amazon store visitors from price comparing using its in-store WiFi using techniques more common in dictatorial regimes such as China, Iran and North Korea. Indeed, it's so similar, it's surprising that the USPTO didn't reject the application based on 'prior art.'

----
The patent, aptly titled “Physical store online shopping control,” details a system that would prevent customers from comparing prices in Amazon stores by watching any online activity conducted over its wi-fi network, detecting any information of interest and responding by sending the shopper to a completely different web page — or even blocking internet use altogether.

Or you can view the patent itself:

Abstract
Systems and methods for controlling online shopping within a physical store or retailer location are provided. A wireless network connection may be provided to a consumer device at a retailer location on behalf of a retailer, and content requested by the consumer device via the wireless network connection may be identified. Based upon an evaluation of the identified content, a determination may be made that the consumer device is attempting to access information associated with a competitor of the retailer or an item offered for sale by the retailer. At least one control action may then be directed based upon the determination.

That manages to be both creepy and stupid. Doesn't Amazon know that smartphone users, ticked off at its censorship, will simply bypass this Great Wall of Amazon with their phone's cellular data?
-----

Oh, and that patent gets even creeper. That article claims that, "The control Amazon would have goes beyond your web browser, extending to your entire phone. In one example, Amazon says it could send you a text, push notification or email in response to what you’re looking at online." Yeah, whatever you're doing, Amazon will know and respond accordingly.

I'll coin a word for Amazon's scheme. The Nazi's Gestapo was an abbreviation for Geheime Staatspolizei or "Secret State Police." This Amazon plan might be called Amstopo for "Amazon Store Police." Think of a German in a leather coat lisping, "Ve have vays to make you buy." To make that even more vivid, just reverse the role of buyer and seller in this movie scene.

Like I said, Amazon is obsessed with control and can't stay within respectable limits of behavior. That'll be its undoing, its ultimate nemesis. It doesn't know when to stop.