Home Archives Profile Subscribe
What can publishers learn from Pokemon Go?
How are you connecting with your customers?

Why shop at a brick-and-mortar bookstore? 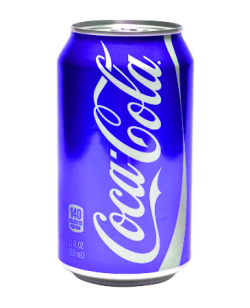 Do you still shop at your local bookstore? I typically go once, maybe twice a year, and the last time for me was December 2015. I made a rare summer visit to my local B&N this weekend in search of books for my almost six-month-old grandson, Jasper. No matter how good Amazon makes their “Look Inside” feature, it will never replace the experience of flipping through a children’s book, especially those with pop-ups, pull-tabs and other fun elements you find in so many children’s titles.

It was a rainy Saturday afternoon and there were at most 10-15 other shoppers in the entire store. That got me thinking: What are the compelling reasons to shop at a physical bookstore? The “buy local” movement is a nice feel-good for consumers but it’s not a viable long-term strategy for brick-and-mortar stores.

Despite my love/hate relationship with Amazon over the years, I admit that I currently buy almost all my books there. Thanks to Prime, my wife and I spend a lot on plenty of other Amazon products every month too. That’s the beast we consumers created and it simply replaced another beast that preceded it: the formerly powerful combo of B&N and Borders superstores.

It’s sad to watch B&N shift square footage from books to seemingly anything other than books. I get it that they need to find a new path forward but I’m amazed at the many book discovery and sales opportunities they’ve ignored or overlooked.

This particular B&N had been completely remodeled since I last visited it in 2015. Despite all the signage it took far too long for me to locate the two sections I wanted to visit after finding my Jasper books. Why isn’t there an in-store mobile app designed to quickly help me find my way, sort of a virtual replacement for all the in-store personnel that used to assist you at every turn? GPS and in-store sensors are more than good enough to help consumers navigate a superstore. Plus, there’s a data collection opportunity these stores are missing out on; publishers would likely pay big bucks for reports quantifying consumer time spent in front over various promotional campaign types (e.g., end-cap vs. front-of-store vs. free-standing displays).

Why stop there though? Since they know I’m in the store, why not allow me to opt in to exclusive deals, customized for my interests, delivered via this mobile app and which expire as soon as I walk out the front door? This could limit the showrooming practice where consumers sample in the physical store but end up buying, sometimes via their phone, while they’re still standing in the aisle.

While I was feeling bad for brick-and-mortars I felt even worse when I picked up a couple of recent publications from the blockbuster “For Dummies” series. I had the pleasure of spending a few years working at the publishing house where the series was created and expanded and I think what we said back then is still true today: Everyone is a dummy about something.

Branding was always such an important consideration for those yellow-and-black covers but you discovered the one-of-a-kind content personality when you flipped through any of the hundreds of successful titles. That’s no longer the case. The two I picked up had morphed into generic-looking covers and, surprisingly, plain vanilla interiors. The once playful heading fonts are gone and so too is that powerful message, “a reference for the rest of us.”

Like any publisher of a highly successful series, I’m sure the Dummies team felt the time was right for a refresh. I think they made a huge mistake with their new approach though. It would be like Coke switching to blue cans or McDonalds ditching their golden arches.

Once upon a time the Dummies books would be showcased, face out, in a four-foot-wide display at your local store. Those covers were so powerful individually but made an even stronger impression when 20 of them were aligned in a chain-wide promotional campaign.

The newer Dummies books mostly blend in with the rest of the white noise on the shelf. Given the scope of that series, I see that as yet another missed brick-and-mortar opportunity, particularly since impulse-buying seems to happen more in the physical store than online. Consumers will no longer be drawn to the bright yellow-and-black covers that once served as a foot traffic magnet within the local bookstore.

Thanks for opening an interesting theme.

I think we shop in bricks and mortar stores - assuming it's not because the Net is down! - because we enjoy social contact and interaction, and the sensory experience of 'being' somewhere. There's also the chance to meet friends, browse and enjoy a little serendipity as we graze the shelves. That said, as you astutely point out, the technology already exists to give us a more immersive experience. A combination of apps, bluetooth beacons and a touch screen or two might give us the best of both worlds.

Sad to hear about rebranding of the Dummies books. Someone, somewhere must have decided on a slightly different demographic. (Or maybe there was a takeover somewhere.) We value brands that say 'this is me' and are prepared to tune out some customers even as others tune in. The same goes for authors. For example, I may not enjoy the negative reviews I get on Amazon for my novels, but I do enjoy the fact that people feel 'something' about them!

Thanks for your article.

My job involves selling books on Amazon. I am always interested in why Kindle readers, or people who regularly purchase books online, visit brick-and-mortar bookstores. My questioning receives similar answers across the board, an important one being: in order to make a gift purchase for which expense is less important. Another important one for children's books is that stores provide a parent-child shared browsing experience that apparently can't be replicated online.

I was also interested to read about the Dummies books - on a fleeting self improvement whim, I purchased the Basic French for Dummies app - the app range was developed by a French publisher. All branding of their apps, which would be fairly easy to update compared with the physical books, remains the classic yellow/black - presumably the recognition of the brand significantly increases the value of the apps. Completely moving away from that seems like an odd move.

Hi Joe! Why'd you go to B&N - why not an indie? There you'd see that we're way past hoping people will shop there because they're indulging in some feel-good shop local support. They're there because indie bookstores offer real value. As Derek Thompson said: contact, interaction, community. As well as kick-ass unbeatable handselling. Come to my store, Joe - you'll see!

That's a terrific question, Lynn. Unless there's one hiding in plain sight the simple answer is that indies are few and far between out here in Indiana. I'd love to visit yours on the eastern end of the country but I can't tell you the last time I heard about one in the Fishers/Indianapolis area. You've given me something to research this weekend though...

The best/only indie bookstore in Indianapolis that I know of is Kids Inc bookstore on Illinois Street. I wonder if that's partly because, as you said, shopping for kids' books is different. Indy Reads on Mass Ave is nice and sells mostly used books, but does have a few new titles for sale.

Hi Joe, We've been traveling the country this summer and visiting as many indie bookstores as possible. In our travels we've found so many interesting bookstores and booksellers who speak the language of books. From my traveling experiences, I'd have to say indie bookstores have very real life and make a huge impact on their communities. Especially where the superstores have disappeared or have receded in importance due to the vitality of the indies. We're in Salt Lake City today. We've already been to 3 stores. In Nashville, Memphis, Santa Fe, LA, we've seen some of the most lovely and interesting shops. It makes me realize how necessary these places are and why they thrive is this very love for the language of books.