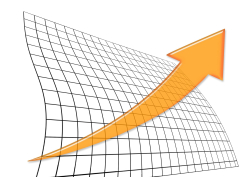 I remember the first time I heard the phrase “info snacking” back in 2007. It was when the Kindle launched and Jeff Bezos said his newfangled device would slow the info snacking trend and enable deeper engagement with content.

The Kindle platform certainly launched the ebook revolution but it’s interesting that it didn’t halt short-form content momentum. In fact, I’d argue that info snacking is more popular than ever before and, ironically, that popularity is largely driven by Bezos’ own company, Amazon.

Remember the late 1990’s when it seemed like publishers could generate digital income by selling individual book chapters? Once upon a time I too thought that might be a viable model but in hindsight it’s clear books and chapters can’t be treated like albums and songs. Most books are written so that the individual chapters are too reliant on each other, thereby making them far less valuable individually.

We need to think about taking things in the opposite direction. Rather than tearing apart a book and trying to sell individual chapters, content needs to be developed in short, granular formats so that each piece can be sold on its own and can be remixed with other granular pieces. And while this is mostly true for non-fiction I can see where it also has potential for some fiction works as well.

Short-form content success is all around us. Amazon launched Kindle Singles several years ago and the program has grown to more than 2,000 titles today. A few days ago they announced a program called Singles Classics where they’re breathing new life into older short-form evergreen content from the pre-digital era. And earlier this month they launched a short-form initiative within one of their audio subsidiaries called Audible Channels.

All of this simply reflects the fact that we’re all pressed for time but we still want to consume content. Sure, there’s nothing quite like fully immersing yourself in a long book written by a wonderful storyteller. But these short-form services are simply addressing our craving to be hyper-efficient, aware of the latest trends in our jobs/careers and always up-to-the-date on worldly news.

The movement isn’t going away, so what is your organization doing to address it? As you think about that question be careful to look beyond written content. I finally decided to buy one of those Amazon Tap devices and it’s only reinforced my earlier belief that voice UI’s and audio content consumption will be important models in the future.