Here’s how one question can improve creativity and problem solving 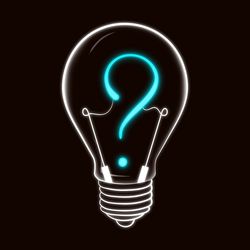 If you only listen to one podcast this week make sure it’s the one embedded below. It’s one of the most inspiring and thought-provoking talks I’ve ever heard. The speaker is Bernard Roth and the talk is from a series of entrepreneurial podcasts offered by Stanford.

What makes this one so special? It might be exactly what you need to help solve a thorny problem or get you or your team thinking differently about creativity. It all has to do with reframing the situation by asking why it’s a problem to begin with.

For example, one of the attendees who runs a startup said she’s struggling with the fact that many of her customers don’t want to pay their bills. Roth asks a series of “why” questions to help her rethink the original problem and come up with a totally different solution.

He shares an analogy that probably sounds silly but I’ll bet you’ve done something similar. It starts with a drunk walking along the sidewalk. He walks right into a lamppost then steps back and does it again. After the third time he stops and says, “I give up…they’ve got me surrounded.” How many times have you tried to force one solution over and over without stopping to think of all the other ways to approach the situation?

I know this all sounds so obvious but I’m convinced that our existing habits are generally our biggest creativity obstacle. As the saying goes, if all you have is a hammer, everything looks like a nail. Asking the “why” questions Roth suggests might be just what it takes to reframe that difficult problem you’ve been wrestling with.

I plan to keep this in mind as I work through all the challenges I’ll undoubtedly face in the coming months and I encourage you to do the same.

This idea is both a consumer feature and a marketing opportunity 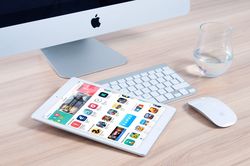 We take it for granted that when we open our favorite ebook app it automatically jumps right into the last book we were reading. And while that’s handy, I’d like to see at least one other option when I open the app.

How about a reader-customized landing page? This page should be fully configurable, based exclusively on my particular interests. For example, we all have our favorite genres, topics and authors we like to follow. Let’s start off by allowing readers to place a widget on this landing page showing the top five bestsellers in their favorite category.

Another widget I’d love to see is a quick-and-easy way to grab samples of newly published (or upcoming) books in my preferred categories. So maybe a top five list again with a one-click-sample download button next to each cover.

Then there’s the social opportunity… I recently asked one of my good friends to tell me the best WWII books he’s read over the past few years. That was done through a combination of texting and email. How about adding a capability to this landing page so I can quickly find (or follow) my most trustworthy friends and answer that question right in the reader app? Both of us would have to opt in, of course, but what a great way to share and access highly relevant information, especially when it’s in such close proximity to the one-click sampling/buying process.

You’ve undoubtedly seen some of this functionality on your favorite retailer’s website or through their email marketing campaigns. That’s great, but sometimes I go to amazon.com to buy dog food, not books, and my email inbox is already overflowing with other marketing messages. Frankly, I think I’ve become numb to all the sales pitches that hit my inbox every day. Now compare that to the time when I’m opening the Kindle or Google Play Books apps on my iPad; that’s when I’m focused on books, but not just reading…I’m often ready for book discovery when I launch those apps, so why not help me find what I might be interested in?

I also realize most of the time we might want to just leave well enough alone and continue jumping right back into that last book we were reading. Great, but how about placing a button in the app’s nav bar to quickly take me to this configurable landing page?

Another nice touch would be to let me customize the feeds by day and time. For example, if I’m opening it up during business hours I’m probably looking for work-related content. But let me also configure it to show sports and history lists and samples when it’s after 5PM or on the weekend.

You’d think that Amazon would already offer something like this in the Kindle app. All the other reader apps tend to follow their lead and since books now represent such a small slice of Amazon’s overall revenue it would be great to see some other ebook retailer step up and innovate with a service like this. 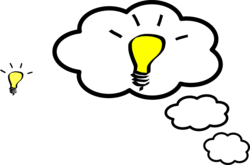 There are a number of key attributes successful publishers will be known for in the future. These core capabilities will be very different from the ones that have led to the modern empires of the Big Five.

Some attributes will remain the same, of course. For example, it will always be crucial for publishers to acquire, develop and produce excellent content. But the services and capabilities that surround and complement the acquire/develop/produce core are what will matter most.

With that in mind, here’s my short list of what will separate tomorrow’s publishing leaders from all the rest:

Being data-driven – Remember the old days when Ingram data was the only source of industry-wide sell-through information? Then Bookscan hit the scene and it felt like we moved from the Stone Age to the Information Age. I’m not talking about this kind of data. Bookscan and other retailer sell-through numbers are lagging indicators. They represent what happened yesterday, last week or last month. The successful publisher of tomorrow wants to know what’s happening right now and where the trends are leading. Real-time website analytics, heat maps, email open/click-thru rates…that’s where the actionable data can be found today but most book publishers treat them as secondary information sources at best. A publisher who thinks they’re data-driven today might adjust plans for a book scheduled to publish six months from now based on sell-through data they studied from last month. Tomorrow’s data-driven publisher will alter the free content on their website this afternoon based on information they gathered this morning.

Breaking free of containers – Why are publishers focused on lagging indicators? Because they’re stuck in the era of containers. They’re producing books, magazines or newspapers and they measure everything based on those containers. It may not be obvious but the container model is slowly fading away. Please don’t misinterpret this. I’m not saying books are going away. Print books will still be produced for a long, long time. But the way content is being consumed is shifting to a more digital, container-less model. Think about that last bit of content you read on your phone. Did you care whether it was originally produced for a newspaper, a magazine, a blog, a website or a newsletter? Probably not. What mattered most is that the content covered a topic that matters to you. Innovative publishers need to think more about highly relevant content streams rather than content containers.

Direct-to-consumer (D2C) – I vividly recall talking five years ago with a Big Six executive about the importance of creating a vibrant direct-to-consumer channel. She rolled her eyes and said they’d never do that because they prefer to let their retail partners handle the consumer connection. I feel somewhat validated now as I see that same publisher experimenting more and more with D2C. It’s not just about capturing all the revenue. The data and resulting opportunities to do some very powerful things with that data are what make D2C such an important model. That, and the fact that you become less reliant on middlemen who control your destiny, ought to be reason enough to focus on D2C.

Owning and leveraging the list – The most important piece of data every publisher should own is the customer name and email address. This is what makes D2C so special. Securing names and emails isn’t as easy as simply making a sale. You’ve got to earn the consumer’s trust by having them opt in to your future marketing campaigns. Too many publishers who have built a D2C channel simply become data hoarders, gathering names and emails but never doing much with them.

Building the funnel – One of the biggest reasons publishers don’t go direct is that they feel they’re unable to attract enough traffic to make it worthwhile. That’s because they’re not applying the funnel model. You start by offering plenty of outstanding free content on your site. Once visitors arrive and they like what they read you have the opportunity to connect with them via free newsletters, for example; rather than waiting and hoping they come back, offer to continue sending outstanding content right to their email inbox. Part of this step includes asking them to opt in for other offers and information from you. As the funnel narrows from top to bottom, you’re leading these consumers along a path loaded with all your terrific content, some of it free and some of it paid.

This isn’t for everyone. For example, the Big Five are simply too reliant on the existing ecosystem, unwilling to risk alienating certain channel partners and built upon a very rigid container-based creation and distribution model. The Big Five will remain large, just like B&N and Borders did for many years after Amazon arrived. But then Borders went away and in order to survive B&N evolved from a bookstore to a gift shop.

The smaller players though, the ones who focus on a particular topic, vertical or audience are the publishers who are best positioned to embrace the attributes described above. And as they do they’ll find themselves in a far better world with a direct connection to customers and the ability to serve those customers with more than just one or two types of container-driven content.