5 things we learned from the demise of Oyster Books 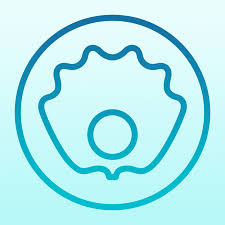 The news from Oyster Books was disappointing but hardly surprising. They recently announced plans to “sunset” the service in the coming months, a fancy way of saying their all-you-can-read experiment is over. It’s unfortunate, as I believe there are both a market demand and a viable business model to be found for book subscriptions.

I’ve been an Oyster subscriber since early 2014 and have been quite pleased with the service. As both an Oyster customer and a member of the publishing industry community, I offer these five lessons from the Oyster experience:

It’s unclear when Oyster will disappear but I’m glad they at least warned us and didn’t abruptly shut down one morning. As I race to finish a couple of lengthy books I started a few weeks ago I’m hoping Oyster might grant a final wish to subscribers: Let us keep the books we’ve almost completed. Publishers have already been made whole on these so I’d like to think they would support the concept as well.

Great article Joe! I agree with point # 4. I believe this can really work in a category where you offer content for a specific vertical or community. There are also some innovative corporate opportunities around branded collections which may fit some genres.

Great article, Joe. I think publishers are missing the boat here again. Not small presses like mine, though I think we could offer content on a subscription basis to some key groups and do well with it. But certainly there are publishers who have very deep lists who don't promote and/or acknowledge a huge part of their backlist (and OP titles could be re-born too). Readers who enjoy an all you can read subscription service are often both eager to discover and should be encouraged to share.
This obviously dovetails your articles on content production, which I think were also thought-provoking.