If you thought the eBook market was hot before, it just went super nova with Smashwords newest distribution to "major online retailers, the first of which is Barnes & Noble and their various properties including Barnesandnoble.com, Fictionwise, and their eReader app." Like the other 2,600 authors on Smashwords, I received an email recently from Smashwords owner and creator, Mark Coker announcing the new distribution arrangement:

To put everything in perspective, we're developing a process that will enable your books to receive widespread retail distribution within days or weeks of publishing on Smashwords. Some of what we're doing here has never been done before, so like I said above, please be patient as we work together to pioneer the brave new world of ebook distribution.

In addition, Barnes & Noble just ramped up its eBook efforts and currently has more than 700,000 eBook titles listed on its site and it hopes to surpass one million books within the next year. The book retailer will also be the exclusive eBook provider to Plastic Logic's upcoming eReader device - an eight and a half by eleven inch device with a touch screen and wireless capabilities for downloading content. AT&T will be the wireless carrier for the reader and this means users in Europe and parts of Asia will be able to download content. The Kindle's wireless feature works only the United States. 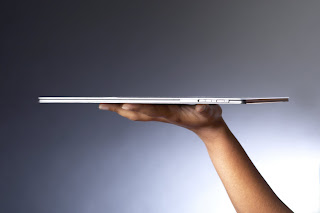 All of these developments could be a paradigm shift in the eBook market because Barnes and Noble is opening its arms and accepting the work posted on other commercial eBook sites. They are clearly scooping up as much market share as possible to compete against the Amazon Kindle. (See the related article below in The New York Times.) Even their pricing model is similar to Amazon's with major titles selling for $9.99 - the same price as the Kindle. Dan Brown's The Lost Symbol is featured on Barnes and Noble eBook site as a preorder for $9.99. What's more significant is that you can download a book from Barnes and Noble and read it on your iPhone, iTouch, Blackberry or PC or Macintosh by simply downloading the B&N eReader software for the particular device. And they announced they will be adding additional devices. Kindle books cannot be read on the Blackberry or on a PC or Macintosh. This move could pull market share from the Kindle. It will be interesting to see how the eBook market evolves in the next few months or years with these two titans battling for the same market share on an equal playing field. If Barnes and Noble keeps its pricing in line or lower than Amazon and stays a step ahead of the technology, they could be the winner.