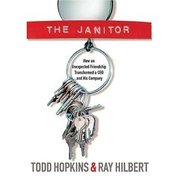 The only website my family has bought music for their MP3 players from is walmart.com.  The service is fast, reliable, it supports our preferred brand of player (Creative) and the prices are rock bottom.  Although Steve Jobs lobbied to abolish DRM earlier this year it's Walmart that's taking the lead and offering thousands of DRM-free songs via their service.  (Maybe Walmart can capture the "other 97%" Jobs was after in that letter.)

Hooray for Walmart.  They just gave me yet another reason to continue buying my music from them.  In fact, Walmart is highly likely to see my family purchasing a lot more music through their service going forward.  Sure, it costs 6 cents more for the DRM-free MP3's (94 cents vs. 88 cents), but it's worth every penny (and then some)!

My only gripe?  Why do they insist on offering more site features to IE users and penalizing us Firefox fans?...

Rarely does such a short article offer so much valuable insight while also causing you to ask even more questions.  This article in Advertising Age by Steve Rubel is a must read for anyone in the content business.

The first sentence of his closing paragraph says it all: "In the very near future portals...will be able to easily inhale the smallest pieces of content from across the web."  What are your plans to ensure your content is distributable in this manner?

P.S. -- Does the WebClip feature of the new Mac OS sound a lot like the widget service from Humanizing Technologies mentioned earlier in this post?...

Thanks to Wiley colleague John Helmus for pointing this link out to me.  Jeff Atwood, author of the Coding Horror blog, provides a nice list of 13 bad blogging practices.  I'm guilty of implementing several of these, but in honor of Jeff's list, I'm immediately removing the calendar element from my blog (item #1 in his post).

I have to admit that as I read each of the 13 items I immediately thought of at least one or two offending blogs (including my own, unfortunately).  Take a look at his list and see if you have the same reaction.

What if Every Book Had a Video?

This recent post by Steve Weber got me thinking...  If you watch the video Steve links to you'll probably have the same initial reaction I did: Sure, it makes sense to create a video for a collectible work like this, but why bother doing something similar for a run-of-the-mill book?

I don't know about you, but I don't generally read every word of every description of every book I buy on Amazon.  All the information on any given Amazon page these days can be a bit overwhelming.  Where do you look first?  The customer ratings/reviews?  The description?  The table of contents?

Sometimes I'm more of a visual person anyway, so I'd welcome the chance to see a brief clip from the author or publisher on why this book is special.  Give me your 30-second elevator pitch on why I should buy it.  Or, tell me a bit about what inspired you to write it.  A short video message like that could go a long way to make a sale, even if it's just one more link on an already busy product page!