There's been plenty of buzz lately about the battle between book reviews in newspapers and in blogs.  See here and here for a couple of examples.  Although this phenomenon might be causing newspaper jobs to disappear, it's no different than when Henry Ford's invention caused blacksmiths to lose theirs...or change careers.  It's an evolution that makes sense for a lot of reasons.

Don't take this the wrong way...  I like reading book reviews in newspapers as much as the next guy.  Heck, a few of them might have even caused me to buy a book or two over the years.  But I'm much more interested in getting the opinions of several people rather than just the "book review expert's opinion".  That's yet another reason why Amazon's customer review section is so popular and valuable; it's great to see the overall average rating and read comments from several other customers.  These reviews generally don't have the polish of a newspaper review, but who cares?  All I want to know is whether the customer gives it a thumbs up or thumbs down.

Then there's the sheer volume of books published annually vs. the number of books that can be reviewed in a newspaper.  There's no way every book can be reviewed by "the experts" in a newspaper.  Blogs open the doors for many, many more reviews than could possibly be featured in all the newspapers around the world.  A quick Google search provides access to more reviews than you'd ever find in the newspaper world; or, if you prefer, use Google's Blogsearch tool to focus your efforts in the blogosphere.  What more could you ask for?

Here's a tip for the newspaper world: If you want to make your book review sections more interesting and relevant, figure out how to integrate the blogosphere into them.  When was the last time you saw a newspaper's book review section that also included relevant feeds from the blogosphere?  (I've never seen this, btw.)  How hard would it be to include a list of blog links to other well-written reviews of the book?  Why not take the time to read those blogger reviews, come up with an average rating, include an excerpt or two and make your own review that much more valuable?  Quit looking at the blogosphere as either a silly fad or something that's not worthy of your attention and learn how to integrate it into your online (and print!) products.

Posted at 09:14 AM in Books, Newspapers, Publishing Trends | Permalink | Comments (5)

I have gone through your site its good and excellent,and i found many interesting things to read ,gathered information so here i am linking you relevant site to get more details,

Joe, do you provide *ahem* free review copies of new books to bloggers? (As long as those books don't say WROX on the cover) I read a ton of books and review them on my blog.

As to Amazon reviews, even they aren't good enough. Too many of them are meaningless, although Amazon *is* the largest repository of reviews---gotta hand it to them. This is something I've been trying to address with my other site, Positive Lookahead. (http://www.positivelookahead.com/about.aspx)

Hi Milan. Yes, we do indeed supply bloggers with review copies of our books. There are different PR folks throughout the organization that handle the various Wiley imprints/brands. Your best bet is to get connected via this page on Wiley's website: http://www.wiley.com/WileyCDA/Section/id-301915.html

It may seem rather formal and indirect at first, but it's the exact same process I go through when I request a review copy from another publisher.

Great site the information which is in the site it was very good.A Book Publisher's Future Visions of Print, Online, Video and All Media & Book Reviews: Newspapers vs. Blogsare the good topics. And i found many interesting things to read.
So here i am linking you relevant site which gives you more information .
onlinebookreviews

I have gone through your site its good and excellent,and i found many interesting things to read.
So here i am linking you relevant site to get more details,review online. 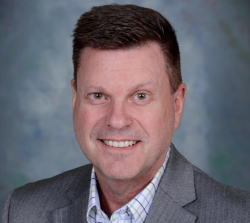