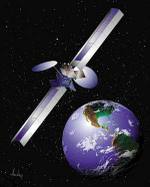 Here's a good article from my local paper today regarding the state of the satellite radio industry.  There are two reasons I'm holding out hope that the key players, XM and Sirius, can create successful business models.  First, I own an XM player and I totally love it.  Great product, great service.  Second, and more importantly, local radio stinks, period.

The scariest fact from the article above is the point that subscriptions were down in 2006 compared to 2005.  Ouch.  What little momentum XM/Sirius had recently is now apparently long gone.  Despite all the listeners Howard Stern brought with him, I've got to believe Sirius doesn't consider that deal to be a great investment.  Both companies have been spending money at an insane rate, trying to lure new subscribers, but they obviously can't pedal fast enough.

What to do?  A big part of the problem is also highlighted in this article: Even as a gift, satellite radio is an awkward product, thanks mostly to the never-ending subscription fees.  Sounds like your typical cell phone, no?  I mentioned this before and I keep coming back to it: The only way I see satellite radio "crossing the chasm", "reaching the masses", or whatever trendy phrase you want to use, is to marry it to a cell phone package.  Most consumers don't think twice about adding the latest, greatest new feature to their cell phone plan.  If convergence is really the name of the game, why not put the satellite radio electronics in a cell phone and add $5 to the monthly fees?

(Btw, that Sprint Ambassador program I got to test last year included a stripped-down pseudo-satellite radio service, but the signal came through the phone line, not direct from the satellite itself.  The stream was unreliable and the channels were very limited, so it's not a fair test and I'm betting Sprint doesn't have too many subscribers for that feature.)

Perhaps it is just me, but I find XM's channel line up less than I thought it would be. When you have the capability to give the user 1000s of channels, why are less than 150?

I admit that its more than local radio, but I have high expectations. Is it really that expensive to add each channel -- are they paying more for channels than the subscription fees?

I admit I don't know a lot about what they are facing.

I guess I just expected more than I got.

The Indy Star article was interesting. I am inspired to write an article of my own. There are issues to be addressed involving what radio has been historically (and hence the expectations of radio listeners), earlier attempts at the same thing (including Bill von Miester's satellite music service, which eventually led to the proto-AOL), and the problems faced by early "pay-TV" services that never made it.

I think satellite radio is going to make it only as a value-added service--perhaps "bundled" with other products as a buying incudement, the way software was in the 1980s (and still is). The service might be bundled with new cars, cell phones, or online services like AOL (which it is), but it's not going to work like cable TV because most listeners are just not that dedicated to radio. No one plans parts of their day or evening around radio broadcasts, the way it's done with TV.

And, of course, AM and FM radio are free, something we're conditioned to expect.
--Mike
http://www.michaelabanks.com

I don't think either of the existing satellite services have the capability to broadcast hundreds of stations. I'm pretty sure there's a bandwidth issue there just like there is with your Internet connection at home. In fact, I was told that's why many of the talk show stations on XM have become more tinny sounding over the past year or so; the folks at XM are apparently managing their limited pipe by protecting the music channels at the expense of the talk ones. I notice it from time to time and it is rather annoying.

I just had a loaner XM Radio system - the Polk Audio I-Sonic - and while I really enjoyed XM Radio, I definitely wouldn't pay $10/month for the service, even if it were on my cellphone too. I think that the price is just too high, and charging per-device is braindead too.

I think you and your readers will appreciate what I say about the future of radio, satellite and otherwise (HD Radio), in my I-Sonic review too:

Hi Dave. I just read your I-Sonic review. I too would probably choke on paying such a high price for a dedicated device like that. I'm all about portability and multi-use capability, which is why I bought an XM Inno. I use it in my car, in my office, throughout my house, on airplanes, long walks, etc. It's the ultimate in "portable", unlike the I-Sonic. I'm not sure what was causing your reception problems. I use an external antenna in my house and car and generally have no problems; you might want to see if you have it pointed in the right direction, especially if there are no ground repeaters in your area.

Your final point was how you can't see paying for XM when there are so many free alternatives on the web. That's true...as long as you've got a live connection! When I'm in my car or on a plane the Inno is a lifesaver, and until someone offers broadband connection everywhere (home, office, car, plane, etc.) for one low price, I'm sticking with XM.

Some cellular phnoe has a capaility of recieving radio signals and some people are also in to that service. There are also people that dont need radio service. There is a site where you can check all cellular phone capabilities just like the radio capablities, check this one information of cell phone service providers