AI that caught my eye

Here are three quick links to AI stories that got my attention this week:

AI for the rest of us

Have you heard about the low-code/no-code movements? They aim to bring software engineering to the masses, so (theoretically) anyone could use drag-and-drop tools to automate tasks or create new applications. That's a noble objective and I'm convinced it will eventually become a reality. After all, that was part of the original vision for Microsoft's Visual Basic way back when.

Machine learning and artificial intelligence require even more advanced skills than those needed to develop a basic application; data scientists and architects factor into the equation and not every organization has the luxury of hiring those roles as FTEs. So how can your typical organization dip its toe in the AI/ML water?

Amazon provides one option and it's called SageMaker Canvas. It's a no-code option aimed at business analysts and, with Amazon's backing, it's worth keeping an eye on. In fact, since they offer a free tier it's probably worth testing out with sample data.

Amazon isn't the only game in town offering this approach but given how many organizations are already using their AWS platform SageMaker Canvas has a huge potential customer base that's already within easy reach. And given how important AWS is to the overall success of Amazon, you can bet they'll likely put a lot of muscle behind SageMaker Canvas in the coming years. Think of AWS as the B2B hub off which there are countless spokes to keep businesses engaged, similar to the central hub (and spokes) Amazon Prime offers in the B2C world.

Regardless of who wins and loses this battle we should all applaud the efforts to make AI and ML more approachable.

AI that caught my eye

Here are three quick links to AI stories that got my attention this week:

Rule of the Robots, by Martin Ford

Rule of the Robots, by Martin Ford, was one of the first AI books I read. It provides a nice overview of the state of AI as well as where the technology is heading. I recommend it as a first read for anyone, regardless of your technology or business background.

The author compares the possibilities of AI to electricity and suggests the former will become dominant much faster than the latter:

The reason is that much of the infrastructure required to deploy AI—including computers, the internet, mobile data services and especially the massive cloud computing facilities maintained by companies like Amazon, Microsoft and Google—is already in place. Imagine how rapidly electrification might have occurred if most power plants and transmission lines had already been built at the time Edison invented the light bulb.

He goes on to say:

The emergence of AI as the new electricity will, for the foreseeable future, be driven by an ever-expanding spectrum of specific applications rather than any more general machine intelligence.

So rather than all the broad visions of AI, across all business and home activities, think more about verticals. As the verticals evolve they'll likely blend together, creating that broader view you see in so many movies, but that's a much longer term outcome.

I think the world of voice UI's, such as Amazon Alexa and Google Home, are areas we'll see this type of development; I predict that in a few short years we'll see much deeper interaction capabilities with these devices than they offer today. I've often referred to ebooks as "print under glass", and maybe that's as good as digital books will get, but voice UI's are going to become ubiquitous and offer the type of interaction that will make you forget you're talking to, or learning from, a computer.

Here's another important note for anyone who wants to remain relevant, especially in the business world:

We are rapidly moving toward a reality where any business, government or organization that leaves artificial intelligence on the table is engaging in a misstep of such magnitude that it could reasonably be compared to disconnecting from the electrical grid.

I couldn't agree more, and that's what drove me to start this Grokking AI website and to continue absorbing as much knowledge on the topic as possible.

There are a large (and growing) number of AI courses available online so it was hard to pick just one to focus on initially. I ended up choosing Udemy's Artificial Intelligence for Business and I'm glad I did. Why? The instructors do an amazing job presenting even the most complex topics in the simplest of terms.

If you're looking for a quick and breezy tour through AI this course isn't for you. There are approximately 15 hours of video instruction and, most importantly, familiarity with Python, or a similar programming language, is crucial. I started my career as a software engineer but that was quite a few years ago. Fortunately for me, even though I never wrote in Python my C and C++ experience came in handy; if you know your way around loops, conditionals, objects, etc., you should be able to keep up in this course.

One of the reasons I give AI for Business such a glowing review is because the instructors go painstakingly, line by line, through each block of code presented. Every. Single. Line.

There's also a companion ebook which contains more narrative and all the code presented in the course. It was nice to have that handy to flip back and forth as I got deeper into the three use-cases presented.

I plowed through the bulk of the course during some PTO I took over the holidays (as well a few evenings/weekends afterwards) and was able to complete it in a few short weeks. At the end you'll receive a completion certificate like mine, which I subsequently added to my LinkedIn profile.

One of the benefits to taking a broad initial course like this is that it provides much of the foundational information needed as I dig deeper into AI, machine learning, and some of the more popular algorithms. AI 2041 is a book that started me down the artificial intelligence pathway. Written by Kai-Fu Lee and Chen Quifan, it features ten scenarios that could potentially become reality between now and the year 2041.

Although some of these scenarios seem more than far-fetched I have to admit I'm intrigued by the one outlined in chapter three; it describes a much more effective and efficient model for individual education than what we have today. This chapter provides a vision for a world where each student's strengths and weaknesses are used to power an AI agent custom designed for their particular learning experience. This is a model I've wondered and written about for many years as my learning path is different from yours, so why are we all taught using a least common denominator approach? This is precisely why one-on-one tutoring is oftentimes much more effective than large class instruction. Individual tutoring doesn't scale though but an AI agent model does.

Some readers will undoubtedly be turned off by the privacy invasion required to fully leverage an AI solution. I prefer to focus on the benefits rather than the loss of privacy, especially since the definition of privacy has evolved quite a bit over the past 10 years. Think about it: Your every movement wasn't tracked by a Blackberry back in the 2000's but you've probably created quite a digital trail with your Android or iPhone in the past few years.

Regardless of where you stand on this issue I highly recommend AI 2041 as a thought-provoking introduction to where the world might be heading thanks to the power of artificial intelligence.

This site documents my journey into the world of artificial intelligence. I'm a technology enthusiast and I started my career as a software engineer. As a lifelong learner I believe it's important to always expand your horizons and AI is the area that's really captured my attention.

As an AI newbie I'm hoping my journey can help others who are also interested in learning more. Whether it's through books, courses, other sites, etc., I plan to share the resources which have provided me with the most valuable information as I dig deeper.

"Grokking" is a playful word which accurately describes my learning adventure. The Wikipedia notes that the Oxford English Dictionary defines the meaning of "grok" as "to understand intuitively." That's an ambitious goal for me when it comes to AI.

I hope you benefit from this site. If you have feedback or topics you'd like to see covered, please feel free to reach out to me at jwikert@gmail.com. 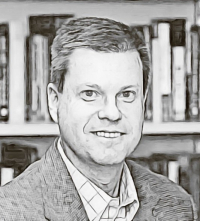 I'm a COO who's intrigued by the disruptive possibilities of AI. This site chronicles my journey to absorb and apply as much knowledge of AI, machine learning and neural networks as possible. You can contact me at jwikert@gmail.com